Mark Your Calendars for the Experience Tallahassee Festival

August 28, 2018 With the Experience Tallahassee Festival in less than two months the 2018 KCCI Community Catalyst team is working hard to make this event a Tallahassee staple. Read More 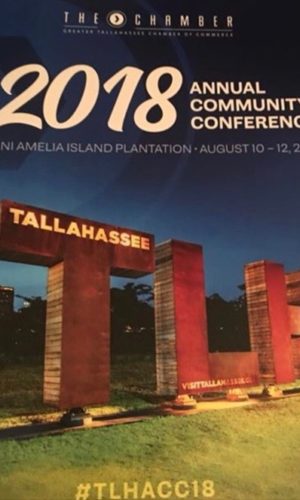 August 14, 2018 Mat Tharpe, a fourth generation Tallahassee native, reflects on his time as a 2016 Community Catalyst and how the Reimagining Waterworks project has taken shape, as well as sharing why he started his business in his hometown. Read More June 22, 2018 The 2018 KCCI Community Catalyst Class, known as Experience Tallahassee, has created a list of top 50 places to experience. Check items off the list, and share your progress on social media with #ExperienceTLH. Read More June 5, 2018 Six months into the University-Community Connectivity team's project year, Catalyst Elizabeth Emmanuel is more excited than ever about Tallahassee and its offerings. Read More A #hashtag with a meaning

April 13, 2018 #iHeartTally and the letters–TLH–are much more than a photo-op or airport code. The 2017 KCCI Community Catalyst team's art installation is a visual reminder of who we are. Read more as Catalyst Tiffany Bowers's reflects on her project experience. Read More April 6, 2018 Two years ago, she didn't know if she'd remain in Tallahassee. However, after encouragement from a friend, Chief Resilience Officer, Abena Ojetayo found herself being accepted as a KCCI Catalyst and is now deeply vested in the future of Leon County. Read More February 1, 2018 Brian has lived the true meaning of "iHeartTally." After moving to Boston from Tallahassee for a major career promotion, Brian realized that there is no place like Tallahassee and quickly worked to move his family back. Read More